Adrian "I am not a rebel" Stannis 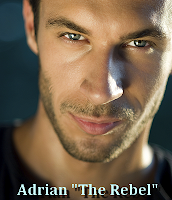 As I near the end of the first formal draft of The Rebels, I will be introducing the various lead characters.

The lead male character of The Empire series, Adrian Stannis, is not your typical hero. Yes, he has that stereotype, the brilliant scientist, a loner who finds relating with people a daunting and undesirable evil. But he's much more than that.

Adrian never sets out to be unpleasant, but other people find him so because he lives by different rules. In many ways, he is far more human than the people around him, though most would claim the opposite. He hides his humanity in layers of cynicism and logic applied to the point of irrationality.

While others rail against the injustice of the Empire but do nothing, Adrian generally stays silent, but acts behind the scenes.

His sarcastic wit slices through most situations and makes them even more uncomfortable, while his idea of romance was gained from Bryce's steamy romance novels--which he only read for research purposes.

Adrian was a passive hero in The Empire, reacting to what happens around him and fighting through passive resistance. He is truly a rebel, but only in that he refuses to bow to those who would control his life. Others reveal themselves in the way they react to him.

In The Rebels, Adrian slowly changes, becoming more proactive, learning to become the leader that he could be, fighting in his own inimitable way. 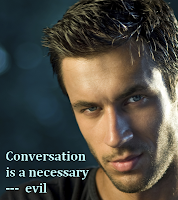 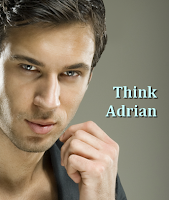 Email ThisBlogThis!Share to TwitterShare to FacebookShare to Pinterest
Labels: status of the empire