Of Rebels and Heroes 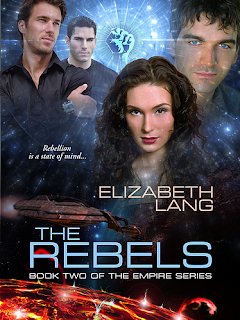 I was watching the 25th anniversary special for the Phantom of the Opera on PBS and was moved by the story once again. Such grand themes, such strong emotions, such humanity...it always touches me, just like Les Miserables does.

In many ways, I have been influenced by these stories, as much as authors like Tolkien and David Eddings. Larger than life stories with multiple story lines and casts of dozens that reach into the heart of being human.

I looked at my own stories, especially The Rebels which will be coming out in April, and asked myself, what is it about? Who are the heroes? The villains?

Is it Adrian, the man who had his humanity stripped away as a child and who struggles with his emotions, the instincts that drive him, but which his mind wars against? He has a strong sense of right and wrong, not quite like other people's, but he tries to reconcile it into a form that makes sense to him, that is rational.

Is it Kali who is starting to come into her own as a character in this book? She also has a strong sense of right and wrong that is tied into her ability to sense the thoughts and emotions of others. It should make it easier, but for her, it only makes it more difficult because the world isn't painted in just black or white, and her abilities could very easily be used to destroy as much as to heal, something she finds out intimately in The Rebels and it scars her.

Is it Tucker, the charismatic former actor who fell into the role of rebel leader by accident? His struggle is that of legitimacy. He is a man who rides the wave of emotions, who enjoys being the hero and the adulation it brings, but he also thinks that what he is doing is right. He has a natural sense of compassion that serves him well as the hero, but he feels like a fraud and is afraid that one day people will find out that he's just an actor playing the part.

Or is it the bounty hunter, Argus, the man who captures Adrian in order to sell him to the Empire? Neither he, nor Adrian, profess to be heroes, the opposite in fact. But he has a tendency to save people when he isn't paying attention, though he swears it's for self-serving reasons. Adrian isn't buying it.

Are they all heroes, villains or merely human? The ending will surprise you. Look out for The Rebels, coming in April.
Posted by Unknown at 4:59 PM