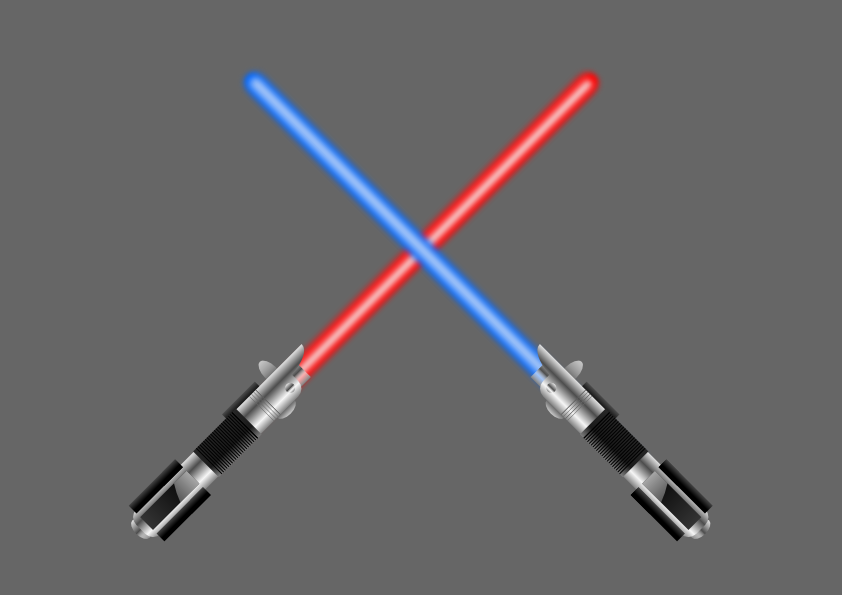 Imagine whipping out your trusty light saber, flicking a switch and it becomes a gleaming blade of deadly light to strike down your foes. It only happens in the movies, or does it?

Normally, photons, the massless particles which make up light, pass through each other rather than reacting. Not a particularly effective weapon. At best, a spectacular light show.

But what if light beams push against each other, deflect each other? Then we have a functional light saber.

Harvard Professor of Physics Mikhail Lukin reports, "What we have done is create a special type of medium in which photons interact with each other so strongly that they begin to act as though they have mass, and they bind together to form molecules...When these photons interact with each other, they’re pushing against and deflecting each other. The physics of what’s happening in these molecules is similar to what we see in the movies." 1

Researchers filled a vacuum chamber with rubidium atoms, then, using lasers, cooled the cloud to just a few degrees above absolute zero. Using weak laser pulses, they fired single photons into the chamber.

Inside the frigid cloud, the photons slow dramatically as its energy is handed off from atom to atom, eventually re-emerging from the cloud with the intact photon.

It's the same effect that is seen when light passes through glass or water. When it enters the refractive material, it hands off part of its energy to the medium it is passing through and inside it exists as mass and energy coupled together. When it exits, it is still light. The same is happening here with the photons, except on a more extreme scale.

This discovery may one day be used to build the first quantum computer...or light sabers? Who said science isn't fun?